Hello and good afternoon…Its that time again for some new reads. The first day of Summer will start tomorrow or is it Saturday? I can’t remember…anyway summer is pretty much here and Entertainment Weekly has a list of books that they think will be on your coffee table or nightstand.

The books you need to know about this season.
By EW Staff

Sequels, prequels, and highly anticipated titles everyone will be talking about 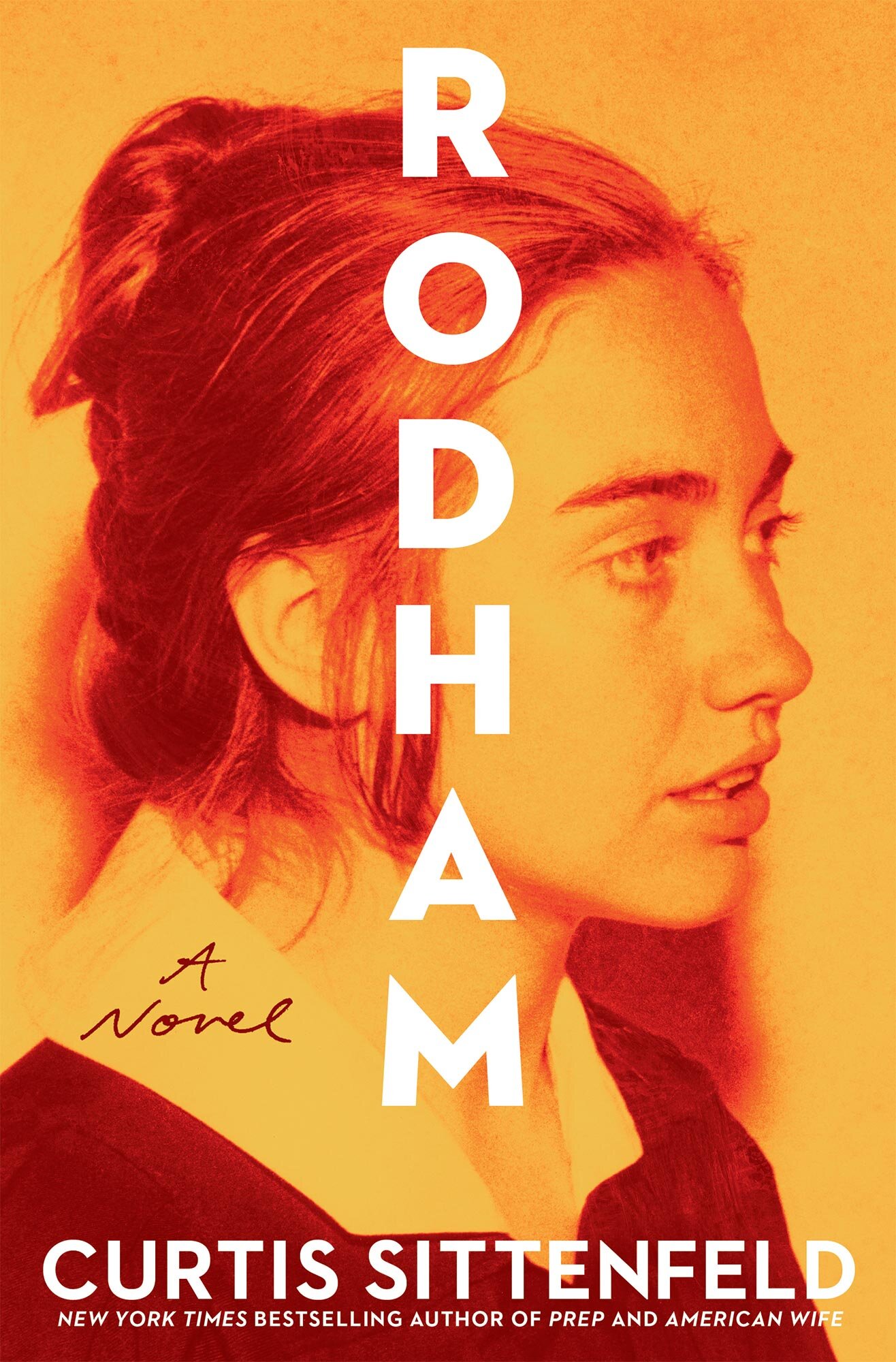 Midnight Sun, by Stephanie Meyer: The companion novel to the mega-popular Twilightseries will mirror the events of the first installment in the epic love saga, but told from the perspective of the male protagonist, Edward Cullen. The franchise’s devoted fans have known about this book for years, but Meyer surprised the world with news of its release in early May. (Aug. 4) —Ruth Kinane

Rodham, by Curtis Sittenfeld: A novel predicated on the question of “What if?” Curtis Sittenfeld is already famous for fictionalizing Laura Bush’s past, but this time she turns her musings to Hillary Rodham Clinton, imagining her life if she were just a Rodham. It follows Hillary’s early life, her relationship with Bill, and then splits from reality when a young Hillary leaves Bill for her own life. It’s wish-fulfillment tangled up in a takedown of the patriarchy. (May 19) —Seija Rankin

Malorie, by Josh Malerman: At the end of Bird Box, the book’s lead character, Malorie, finds sanctuary for herself and her two young children, Tom and Olympia, at a school for the blind. This sequel takes place 12 years later, when Malorie receives a list of survivors, recognizes the names, and sets off on another epic journey. (July 21) —Clark Collis

The Ballad of Songbirds and Snakes, by Suzanne Collins: Suzanne Collins’ Hunger Games prequel is the most anticipated book of the summer. The author goes back 64 years to deliver the origin story of Coriolanus Snow. It’s already in the works for a film adaptation. (May 19) —David Canfield

Sex and Vanity, by Kevin Kwan: A follow-up to the best-selling Crazy Rich series, with a new premise but familiar themes of Asian-American identity — and wealth. This novel is a tribute to E.M. Forster’s A Room With a View, but in this version, the story moves between Capri and New York. (July 14) —D.C. 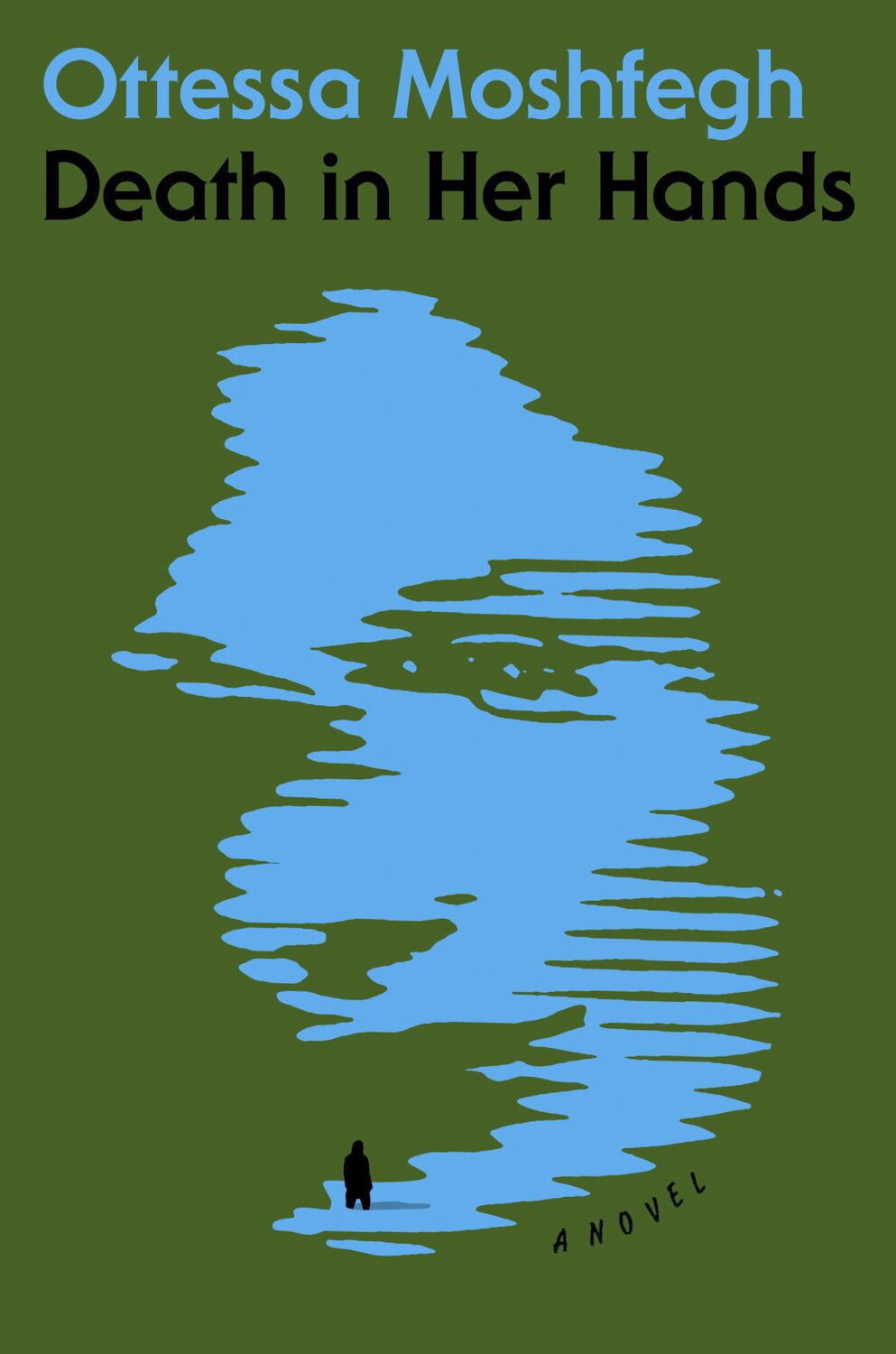 The Vanishing Half, by Brit Bennett: Two twin sisters run away from home as teenagers — but one returns to raise her daughter on the heels of an abusive relationship, while the other escapes into a new life. “New life”is taken literally here, as the second sister, a light-skinned black woman, creates an identity as a white woman in Los Angeles. (June 2) —S.R.

Daddy, by Emma Cline: In this follow-up to her cult-favorite cult thriller Girls, Emma Cline turns her psychological insights to the short-story format. This collection is hyper-contemporary, following topics like a celebrity nanny scandal and a rehab center. (Sept. 1) —S.R.

Death in Her Hands, by Ottessa Moshfegh: A murder mystery (maybe) imagined by its narrator, Death follows Vesta, a 70-ish widow isolated in a New England cabin, discovering a note on her property that seems to be a murder confession, despite no evidence or body. She launches her own investigation and spirals deeper and deeper into insanity. (June 23) —S.R.

A Burning, by Megha Majumdar: The ugly consequences of a train station bombing reverberate outward in Megha Majumdar’s remarkable debut, a kaleidoscopic portrait of contemporary India told through a wide-ranging chorus of characters. (June 2) —Leah Greenblatt

The Party Upstairs, by Lee Conell: The upstairs-downstairs divide takes on an American twist in Lee Conell’s darkly funny debut. The story is a portrait of class and privilege in a posh New York City apartment building where the daughters of the super and a wealthy tenant grew up together. Oh, and the entire thing takes place in a single day. (June 7) —Mary Sollosi

Sisters, by Daisy Johnson: The youngest-ever Booker Prize finalist (Everything Under) tracks two teen sisters less than a year apart in age, as they confront a shocking discovery. (Aug. 25) —D.C.

Stories you have to read to believe 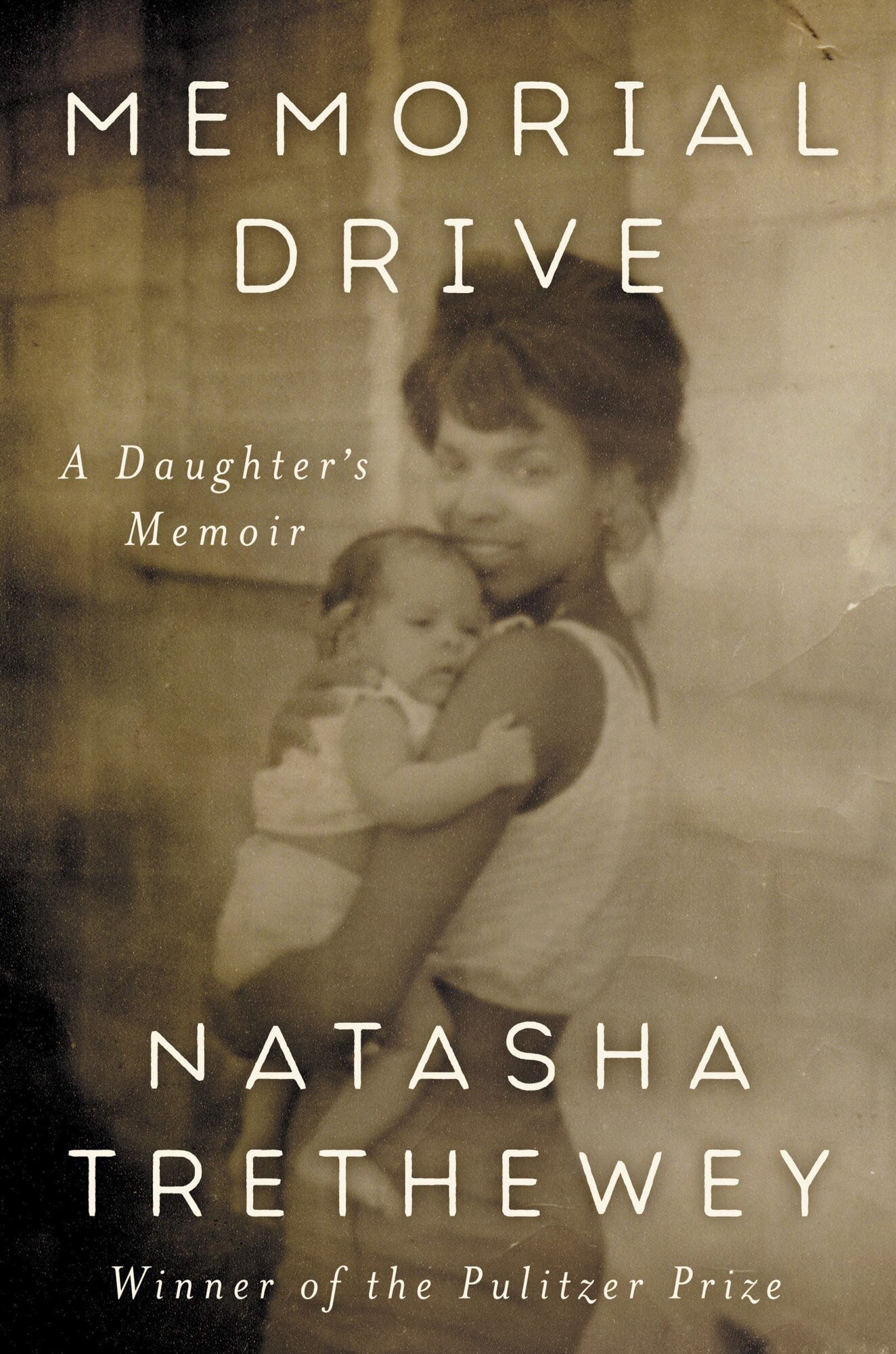 Memoirs and Misinformation, by Jim Carrey & Dana Vachon: This isn’t a memoir, but it’s not not a memoir. Carrey and co-writer Vachon put together an autobiographical novel about an actor named Jim Carrey who navigates the world of Hollywood in ways that, while slightly outlandish, aren’t entirely out of the realm of possibility for the real world. (July 7) —S.R.

The Dragons, the Giant, the Women, by Wayétu Moore: A family flees war-torn Liberia on foot. They hide in a neighboring village, cross the border into Sierra Leone with the help of a rebel soldier, and eventually make their way to… Texas. Given its harrowing impetus, this memoir seems, on its face, to focus on suspense, but it really considers the search for home in all its forms. (June 2) —S.R.

Memorial Drive, by Natasha Tretheway: A former U.S. poet laureate, Natasha Trethewey brings her mastery of language to this tough, lyrical account of a daughter entering the adult world while dealing with the brutal murder of her mother. (July 28) —D.C.

The Hungover Games, by Sophie Heawood: Single motherhood gets a caustic spin in this intercontinental memoir. Sophie Heawood revisits the time her life fell apart: when she left L.A. for her native England while pregnant, and her musician boyfriend walked out on her. (July 7) —D.C.

Chasing the Light, by Oliver Stone: A memoir from the prolific director, following his career through films like Platoon, Midnight Express, and Scarface. (July 21) —S.R.

Genre-bending in the best way 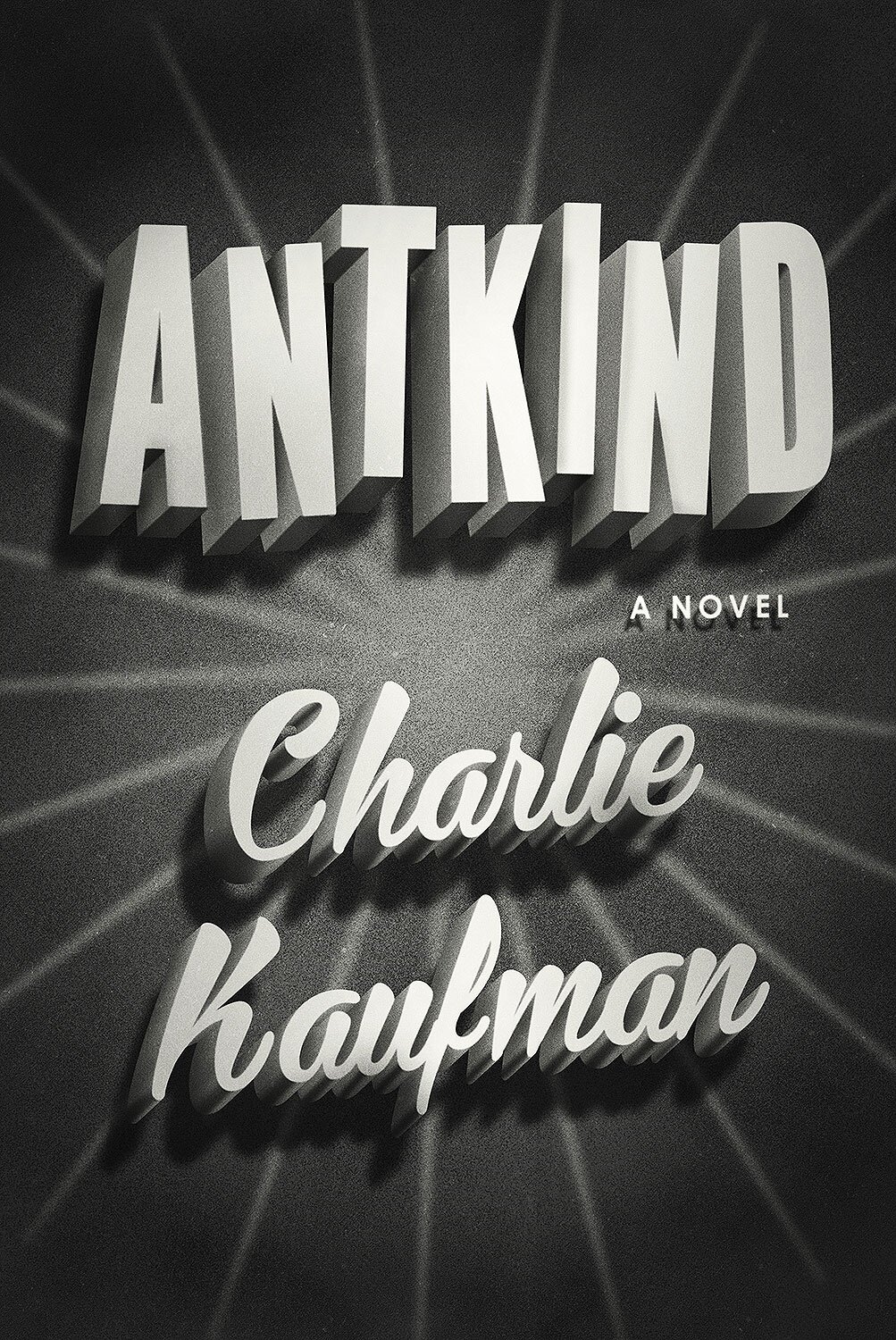 I Hold a Wolf by the Ears, by Laura Van Den Berg: The author follows up 2018’s mystical The Third Hotel with her third book of stories, a collection of dreamlike tales of womanhood that speak, however strangely, to the dark realities of modern life. (July 28) —M.S.

Antkind, by Charlie Kaufman: The psycho-cosmic screenwriter unleashes an adventure that somehow manages to out-weird his own brilliantly strange filmography. The premise centers on B. Rosenberger Rosenberg, a self-loathingly pretentious film critic hunting for a lost movie buried deep in his fractured mind. (July 7) —Darren Franich

Utopia Avenue, by David Mitchell: For his first novel in five years, the author (Cloud Atlas) explores the universal language of music. Chronicling the eventful (but brief) existence of the fictional 1960s British band of the book’s title, it’s Daisy Jones & the Six on acid. (July 14) —Maureen Lee Lenker

Vesper Flights, by Helen Macdonald: The author of the best-selling phenomenon H Is for Hawk takes flight again in this collection, a profound meditation on life and freedom as told in stories of swifts, vespers, and more. (Aug. 25) —D.C.

So much more than female friendship 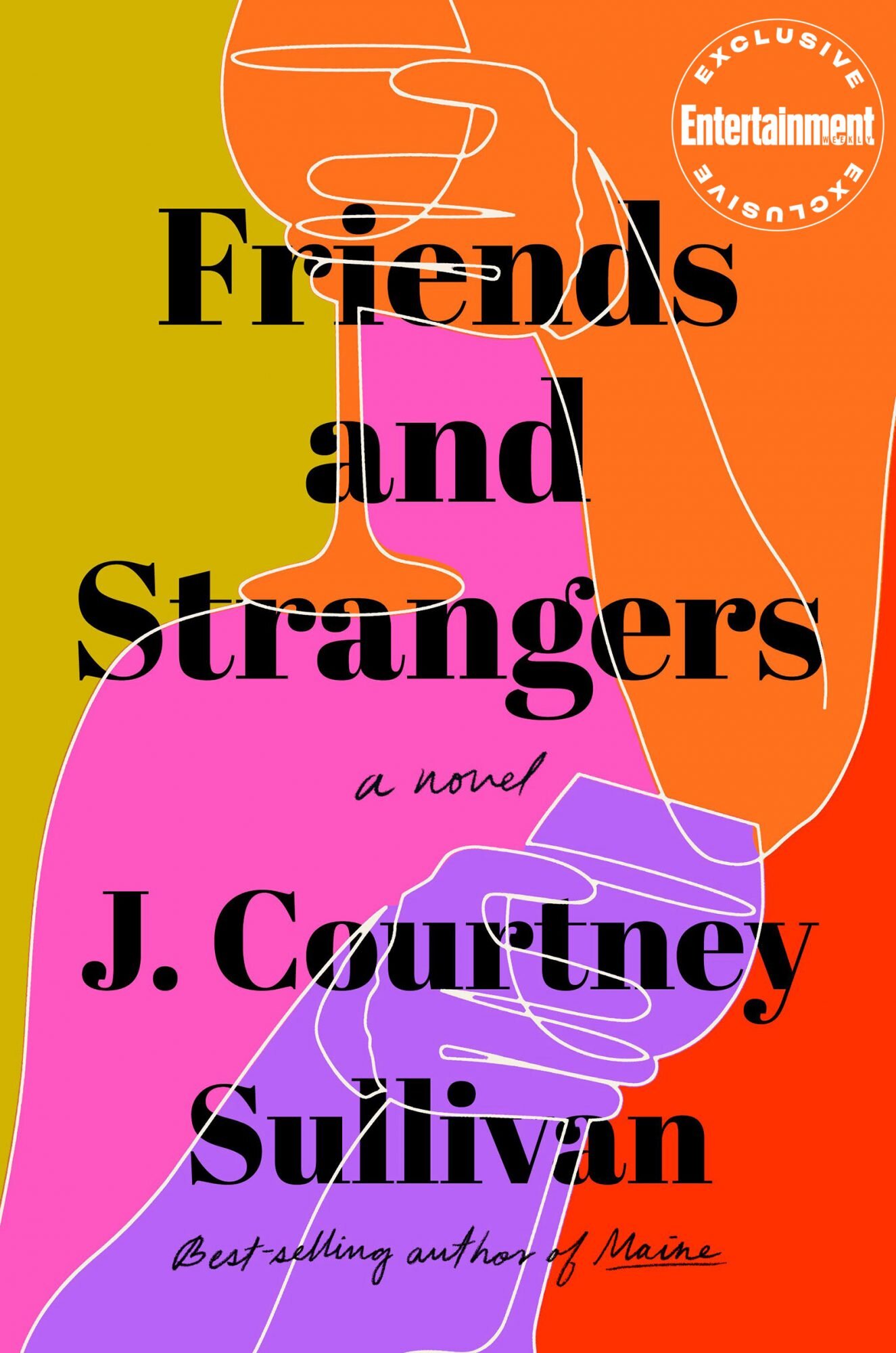 Friends & Strangers, by J. Courtney Sullivan: This intergenerational novel follows a new mother who recently left New York City for a small town upstate, and her babysitter, a college senior desperate to fast-forward through her youth as they navigate their own life changes and a friendship that pushes boundaries. (June 2) —S.R.

These Women, by Ivy Pochoda: The crime writer (Wonder Valley) returns to Los Angeles — the West Adams neighborhood, specifically — in her latest, a panorama of lost women in the shadows of the city and the system. They’re tethered by a shared connection to a serial killer and the way they all face darkness with truth. (May 19) —D.C.

An Elegant Woman, by Martha McPhee: Spanning four generations of women through the 20th century, Martha McPhee’s fifth novel is a rich exploration of legacy and memory. It untangles the sacred myths of an American family, as a woman pieces together the story of her extraordinary — and highly elegant — grandmother. (June 2) —M.S.

True Love, by Sarah Gerard: Gerard’s darkly comic dissection of desire follows a struggling writer on an odyssey from Florida to New York, searching for connection in the modern world. (July 7) —D.C.

Beach Read, by Emily Henry: Take the subgenre literally! This frothy novel pits a romance writer against a literary man for some fun, flirty summer competition. (May 19) —D.C.

Thrillers — and then some 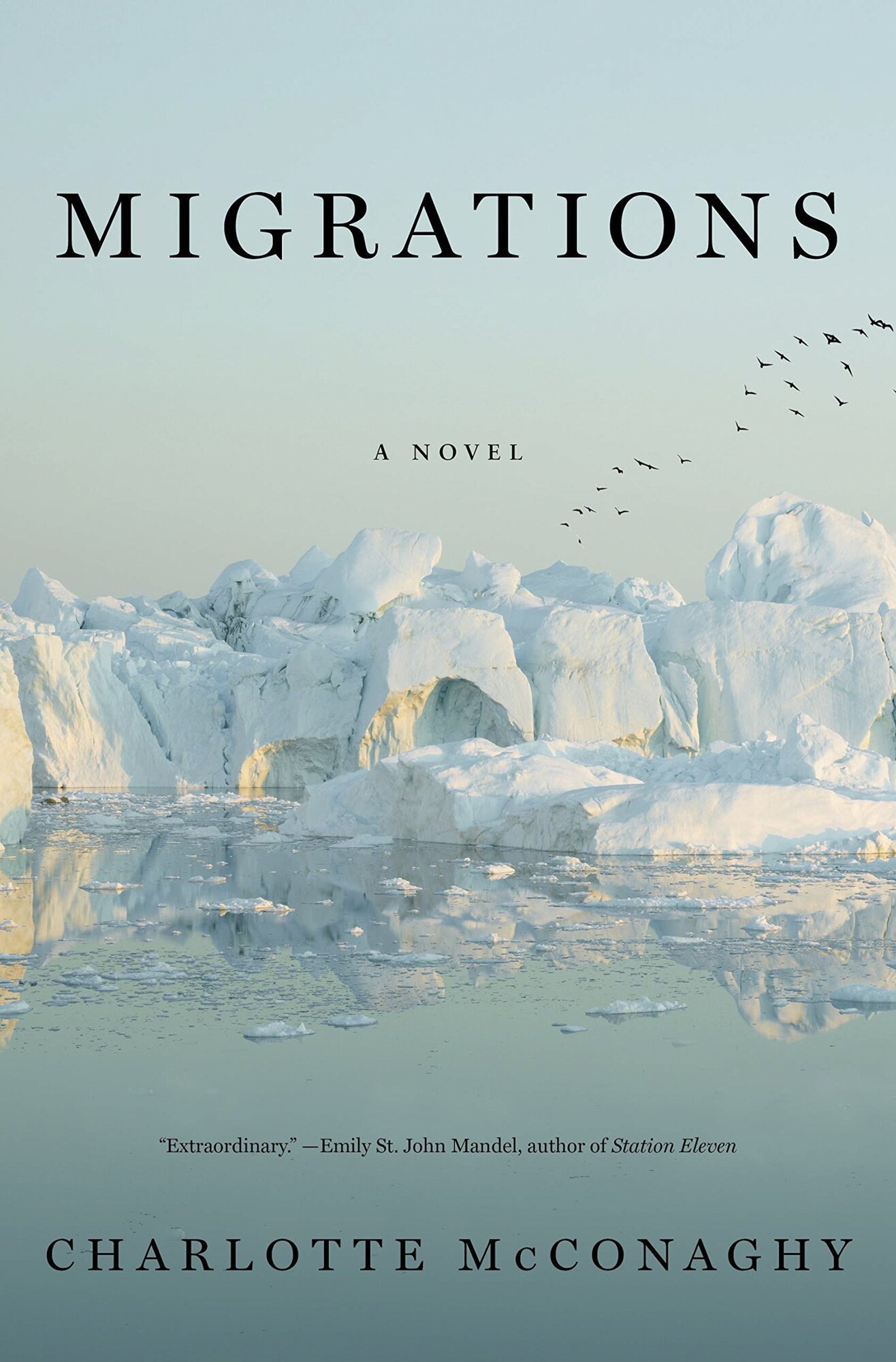 Survivor Song, by Paul Tremblay: As a rabies-like virus swiftly spreads, Natalie, pregnant and bitten by one of the infected, searches for a safe place to give birth. (July 7) —C.C.

Afterland, by Lauren Beukes: With almost every human male wiped out by cancer, a woman and her teenage son try to hide from the authorities and the woman’s nefarious sister. (July 28) —C.C.

Migrations, by Charlotte McConaghy: This dystopian-adjacent debut is set on a ship sailing south from Greenland on the brink of a climate disaster. The protagonist, Franny Stone, convinces the crew to follow a flock of Arctic birds on what will be its final migration, but early into the voyage, the crew begins to suspect that she is a far more mysterious person than she lets on. (Aug. 4) —S.R.

The Taste of Sugar, by Marisel Vera: Vera’s epic tale follows a young Puerto Rican couple struggling to survive on the eve of the Spanish-American War. (June 16) —D.C.

True Story, by Kate Reed Petty: Although it’s fiction, much of True Story seems ripped from the headlines. The thriller revolves around an alleged sexual assault committed by members of a high school lacrosse team and uses four characters who remain haunted by the incident 15 years later. The plot unravels the, ahem, true story suspensefully, relying on the reader to put together all of the narrators’ accounts. (Aug. 4) —S.R.

Thank you to the staff writer at Entertainment Weekly for these suggestions. Time to shop for more books!