Hello…I haven’t done a film review in a good while. I’m writing down my review for a documentary film that watched a few days ago.

South by Southwest Film Festival or simply SXSW was supposed to have taken place earlier this year, but was canceled due to COVID-19. They had a list of films ready to show and one of those films stood out.

My Darlin’ Vivian is about Vivian Liberto, who was the legendary Johnny Cash‘s first wife. Produced by their grandson, Dustin Tittle, this film brings to light the story of Vivian, the first Mrs. Cash, and mother to four daughters Rosanne Cash (an accomplished country singer), Kathy Cash Tittle, Cindy Cash, and Tara Cash.

Rosanne, Kathy, Cindy, and Tara tell the story of their mother’s childhood, how their parents met, the early years before the fame, how their parent’s marriage was marred by their father’s drugs, and the arrival of June Carter, who I dubbed the other woman, all in their own words.

I find it quite amusing how each of the ladies described how their parents met, but they dated for three weeks. After that Johnny was stationed in Germany. He and Vivian wrote to each other during his time in the military. 1,000 letters to be exact. 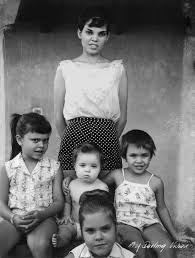 Vivan with her daughters, top, Kathy, Tara, Cindy, and at the bottom, Rosanne. countrythangdaily.com

Vivian went through a lot, and I do mean a lot with her first husband. During their thirteen years of marriage, she put up with the good, the bad, and the ugly side of fame. She never gave any interviews when she was married to Johnny. She just wasn’t interested in all of it. The epic romance of Johnny and June Carter was a total myth. I’ve seen bits and pieces of 2006’s film I Walked the Line, which painted Vivian in a bad way.

What really is frustrating for Rosanne and her sisters was the fact that their mother was completely erased from public view after their parent’s divorce. Of course, we know that Johnny married June in 1968. June convinced the public she and Johnny were raising seven children, which was not the case. 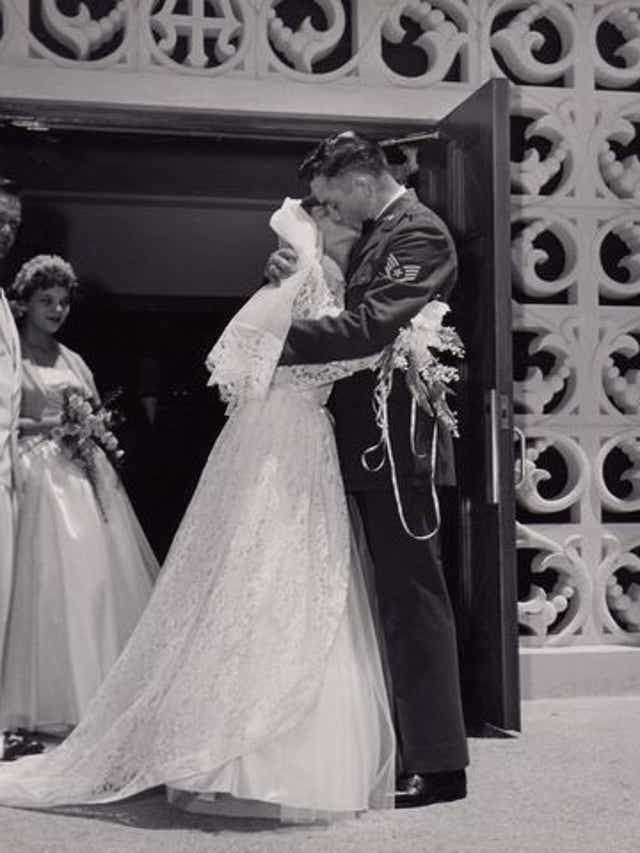 I enjoyed the film so much that I watched it twice! It was very thought-provoking, emotional, and downright beautiful. It painted a portrait of a woman who never wanted fame, just a woman who endured joy, difficult challenges, pain, but maintained her dignity. Which made her stronger.

My Darlin Vivian, along with other SXSW films, is now on Amazon Prime for free. I don’t know how long there will be there, but you better take advantage right now.

My Darlin’ Vivian: A+

Don’t have a proper trailer for the film, but I found this little gem…

I have the book, I Walked the Line: My Life with Johnny written by the woman herself. It was published I think in 2007. I have to finish reading it. Available on Amazon and Barnes & Noble online.

Enjoy your Monday, be healthy, be safe, be blessed!

➡️➡️➡️#Repost @ohhappydani • • • • • • performance won’t end racism. change your heart. change your home. change humanity.
#Repost @artthatinspiresme • • • • • • George Floyd by Mandy Ellis @mandys.point.of.view
#Repost @thefutureisuscollective • • • • • • Artists!!! There is still time to submit work to showcase in the Digital Archive show! The link is in our bio💗💗💗💗 . . . . #stayhomestaysafe #quarantineart #socialdistanceart #phillyartshow #onlineartshow #digitalartshow
More from Indiewire.... #Repost @indiewire • • • • • • The "Before" trilogy continues in quarantine with a lovely fan-made short film, now streaming on Vimeo. #BeforeTheEnd combines interview footage of Ethan Hawke and Julie Delpy from recent virtual discussions with TIFF to present Jesse and Celine side-by-side in quarantine. Watch it now by clicking the link in our bio.⁠ ––⁠ #ethanhawke #juliedelpy #beforesunrise #beforesunset #beforemidnight #richardlinklater #film
#Repost @indiewire • • • • • • There aren't many films about black youth that capture their lives and surroundings with the warmth and compassion of David Gordon Green's #GeorgeWashington. Visit the link in our bio to read why it's our pick for today's #StreamOfTheDay (available on the Criterion Channel), and how the film criticized Hollywood’s exclusion of Black stories. ⁠ ––⁠ #davidgordongreen #streaming #criterionchannel ⁠
#Repost @indiewire • • • • • • Focus Features has announced Edgar Wright’s “Last Night in Soho” will open in theaters April 23, 2021. Take a look at this new photo from the film, which stars Anya Taylor-Joy, Thomasin McKenzie, Matt Smith, Terence Stamp, and Diana Rigg. More details at the link in bio.⁠ ––⁠ #edgarwright @edgarwright #anyataylorjoy #thomasinmckenzie #lastnightinsoho #film
#Repost @officialbroadwayworld • • • • • • Let's hear those showtunes! #bwwprompts
Happy Memorial Day 📸: @rshelleart #honorandremember #memorialdayweekend #🇺🇲
#Repost @thewritermag • • • • • • A long weekend is the perfect time to enter our spring short story contest! This competition ends on June 2, so enter now for your chance to win $1,000 and publication in our magazine. Learn more at writermag.com/contests. #WritingContest #ShortStoryContest #ShortStories #ShortFiction #WritersofInstagram #WritingContests #CallForSubmissions #WritersofIG #Writing #AmWriting #AmWritingFiction #ShortStories
"Come play with us. " The classic Stephen King 'The Shining' turns 40 today. King was not impressed with Stanley Kubrick's interpretation of the film, call it a cult classic or overrated, this film is one of my favorites. Is it one of yours? Image source: Bloody Disgusting