Hello! Just a reminder update about the Association of Writers & Writing Programs Conference and Bookfair 2020, which will be held at Henry B. Gonzalez Convention Center in San Antonio, Texas, March 4-7, 2020. For those who are attending, here are just several reminders…

The AWP Conference & Bookfair is an essential annual destination for writers, teachers, students, editors, and publishers. Each year more than 12,000 attendees join our community for four days of insightful dialogue, networking, and unrivaled access to the organizations and opinion-makers that matter most in contemporary literature. The conference features over 2,000 presenters and 550 readings, panels, and craft lectures. The bookfair hosted over 800 presses, journals, and literary organizations from around the world. AWP’s is now the largest literary conference in North America. Join us in San Antonio, TX, in 2020 to celebrate the best of what contemporary literature has to offer.

Archives of past conferences can be found in the Conference Archives section of the website. 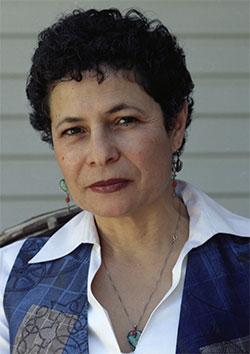 Helena María Viramontes is the author of The Moths and Other Stories (1985) and Under the Feet of Jesus (1995), a novel. Her second novel, Their Dogs Came with Them (2007), published in paperback by Washington Square Press, focuses on the dispossessed, the working poor, the homeless, and the undocumented of East Los Angeles, where Viramontes was born and raised. Her work strives to re-create the visceral sense of a world virtually unknown to mainstream letters and to transform readers through relentlessly compassionate storytelling.

Named a USA Ford Fellow in Literature for 2007 by United States Artists, she has also received the John Dos Passos Prize for Literature, a Sundance Institute Fellowship, an NEA Fellowship, a Spirit Award from the California Latino Legislative Caucus, and a 2017 Bellagio Center Residency from the Rockefeller Foundation. In 2015, California State University at Long Beach inaugurated the Helena María Viramontes Lecture. Viramontes is Goldwin Smith Professor of English at Cornell University in Ithaca, NY, where she is at work on a new novel.

For scheduling, registering, and other information, go to http://www.awpwriter.org/awp_conference/registration_overview.