Hello! A lot has happened over the weekend. For three straight weekends in a row, Frozen 2 is at the top of the box office, while a new trailer for Wonder Woman 1984 was released on Sunday and I’m reading that Ghostbusters: Afterlife. is supposed to release a trailer too. Just have to wait and see on that one. Here is the top film news…

I was 10 years old in 1984. I’m seeing a few familiar things like the invisible jet and is that what I think I saw in Max Lord’s hands…played by Pedro Pascal…a rock…the rock? Well just have to wait and see, don’t we? Wonder Woman 1984 comes out on June 5, 2020. 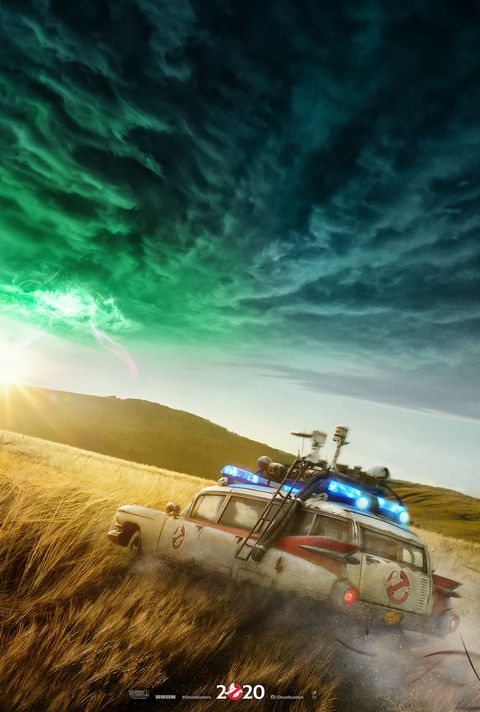 I was reading that Ghostbusters: Afterlife trailer is coming soon. Here’s we know, courtesy of Variety…

Reitman has co-written the screenplay with Gil Kenan and will direct. The film will be produced by his father, Ivan Reitman, who directed and produced the original 1984 film.

In addition to the title, Sony also revealed the first poster and the plot synopsis for the new movie: when a single mom and her two kids arrive in a small town, they begin to discover their connection to the original Ghostbusters and the secret legacy their grandfather left behind.

The new poster (below) shows the Ecto-1 in a remote countryside with the sun rising or setting.

This installment will not be connected to the 2016 “Ghostbusters” movie, starring Melissa McCarthy. Sony released a first look at the project in January with footage of the Ecto-1 and set a July 10, 2020, release date.

The original “Ghostbusters” starred Bill Murray, Harold Ramis, Dan Aykroyd, Ernie Hudson, Rick Moranis and Sigourney Weaver. Murray’s character, Peter Venkman, headed a team of parapsychologists who start a ghost-catching business in New York City. That film grossed $242 million in the United States and over $295 million worldwide, making it the highest-grossing comedy film of its time. A sequel followed in 1989.

There you have it. Hope you have a great Monday, be blessed.

Featured and other images: Screen Geek, IMDB, and Sony Pictures