Hello…now time to see what’s going on in TV land.

The singer/songwriter/actress has signed a first-look TV deal with Lionsgate to develop and produce series via her newly launched Blue Butterfly Productions. The deal also includes a component by which Blige can create content for the studio’s array of platforms.

“I couldn’t be more excited to be working with Lionsgate,” said Blige. “They are incredible collaborators and have been natural partners from when we first started talking. I can’t wait to bring all of our projects to life.”

Added Lionsgate Television Group chairman Kevin Beggs, “Mary is a very talented artist, fearless visionary and an incredible human being. We’re delighted to be working with someone with such a powerful and impactful creative voice. Every art she touches blossoms, and we’re humbled she’s chosen us as her home. We look forward to all the exciting new content Mary and her Blue Butterfly banner will bring to our television slate and Lionsgate 360 orbit.”

I’m sooo happy for her! She deserves the best.

In other TV news, NBC’s ‘The Office’ is leaving Netflix in the year 2021. Why? That’s because NBC Universal has won a bidding war against Netflix. Reported by Lesley Goldberg and Natalie Jarvey for The Hollywood Reporter…

NBCUniversal’s June 25 announcement that it is pulling The Office from Netflix when that deal ends at the start of 2021 is the latest shot across the bow in the streaming wars, a signal that one-time TV hits are the new battlefield as the media giants fight to lure viewers to their direct-to-consumer offerings.

Disney was the first to pull the trigger, revealing in 2017 that it would remove its movie library from Netflix as it began to put the pieces in place for Disney+. Others are expected to follow, including WarnerMedia, which after re-upping its deal with Netflix to keep Friends on the service for all of 2019, is likely to want the sitcom exclusively for its own soon-to-launch service.

“NBCU’s strategy was well-telegraphed so this should come as a surprise to no one,” notes BTIG media analyst Richard Greenfield, alluding to the company’s upfront presentation in May when sales chief Linda Yaccarino told a packed Radio City Music Hall that iconic characters like Jim and Pam would be “coming home.”

To read more click here. I’m surprised by all the competition against Netflix, Amazon, and Hulu. Others are already beginning to set up their own streaming service.

Lastly, the cast of HBO’s ‘The Deuce’ was at the Housing Works Bookstore Cafe Sunday, June 23. The cast was there to celebrate Cheers NYC. They performed their love for the city of New York. James Franco, Maggie Gyllenhaal, Dominque Fishback, Emily Meade, Margarita Levieva, and more performed their pieces on stage. I can’t wait for the 3rd season…also sad that it’s the last season. 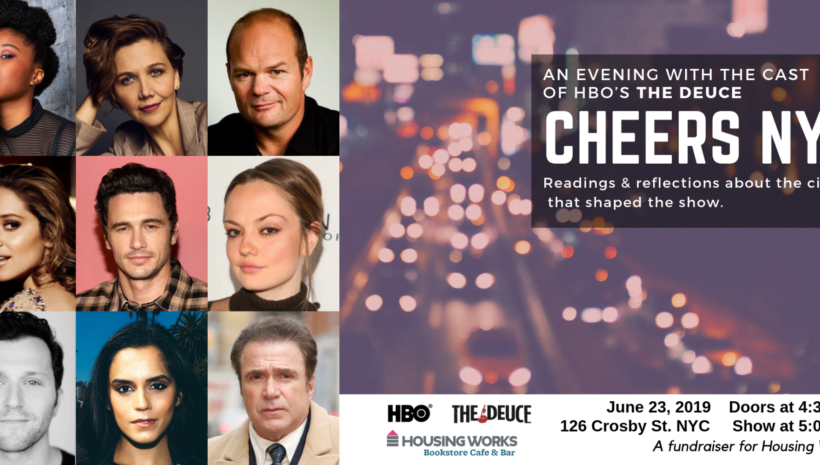 Enjoy the rest of the week, come by Saturday for Weekend Updates. Be blessed!

Featured and other images: Wallpaper Safari, Newsday, The Week, and Getty Images.