Hello all! First Wednesday of June and I have two things go along to you. First off, Portal: Governors Island, formerly Governor’s Island Art Fair and then Comic-Con International San Diego…

For those living in NYC or visiting, here are a few facts about this annual event. 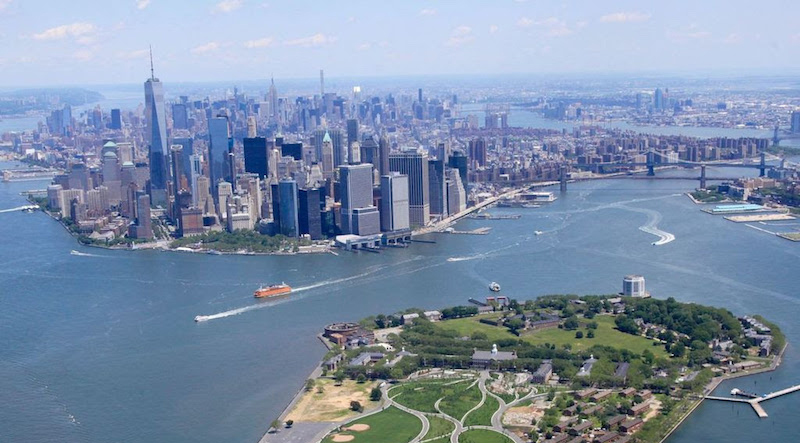 On Saturday, August 31, 2019, 4heads will open Portal: Governors Island (formerly known as Governors Island Art Fair), featuring a diverse range of artists from across the U.S. and abroad. Installations, which span the spectrum of artistic genre and media, will be presented across eight of the historic homes on Colonels Row, with each artist installing in an individual room or connective space. Now in its 12th year, Portal: GI heralds the start of the fall visual arts season in New York, with a spirited atmosphere that encourages conversation between artists and visitors and challenges the established fair paradigm as one exclusively for art connoisseurs. Portal: GI will be open every Saturday and Sunday through from August 31 to September 29, 2019.

Governors Island Art Fair (now called Portal: GI) was first launched in 2008 and was one of the very first major art events to take place on Governors Island. As interest in the Island as a cultural destination has grown, in particular over the last several years, 4heads has remained steadfast in maintaining its presence, continuing to provide working artists with a place to show new and recent work and to build their network of support – both among peers and the public. Each year, Portal: GI presents the work of up to 100 artists, selected through an open call and jurying process. For the 2019 edition, as with previous iterations, each artist will be given a full room or exterior green space – free of charge – to create an immersive installation or solo exhibition, to present their distinct vision as they see fit.

For the 2019 edition, Portal: Governors Island will feature a wide range of artists from across the globe, selected by 4heads Directors Nicole Laemmle, Lori Nelson, Jack Robinson and Antony Zito from more than 800 proposals submitted through the nonprofit’s open call. The selection includes artists new to the 4heads community, as well as those that have shown previously at either or both Governors Island Art Fair and Portal. Returning artists make up an important aspect of the 4heads mission, which is focused on both providing presentation opportunities for artists and supporting artists through the ongoing development and evolution of their careers. Portal: GI continues to offer fair participation to artists free of charge, with 70% of sales going directly to the artists.

Go to 4heads.org for more information.

For those who are attending this year’s Comic-Con in San Diego, here is just a tidbit of information about when, where, and what…

Important Information Regarding Programs
and Autographs at
Comic-Con International

All event and program rooms have limited capacity as set by the Fire Marshal. Even though your badge is needed to get into all events, it does not guarantee you access to any event if it has reached its capacity. We do not clear rooms between events. Most autograph signings are of a limited nature. Your badge does not guarantee autographs at any event.

2019 badges have been sold out, but hopefully, you can purchase badges for next year’s event.

Go to the site www.comic-con.org for even more information! Enjoy your Wednesday, be blessed!