Hey there, time for another favorite film of mine. A classic one at that. Sorry, Wrong Number. It’s not a scary film per say, but it does give me a bit of the chills, especially the last fifteen minutes! Who doesn’t love old school movies? 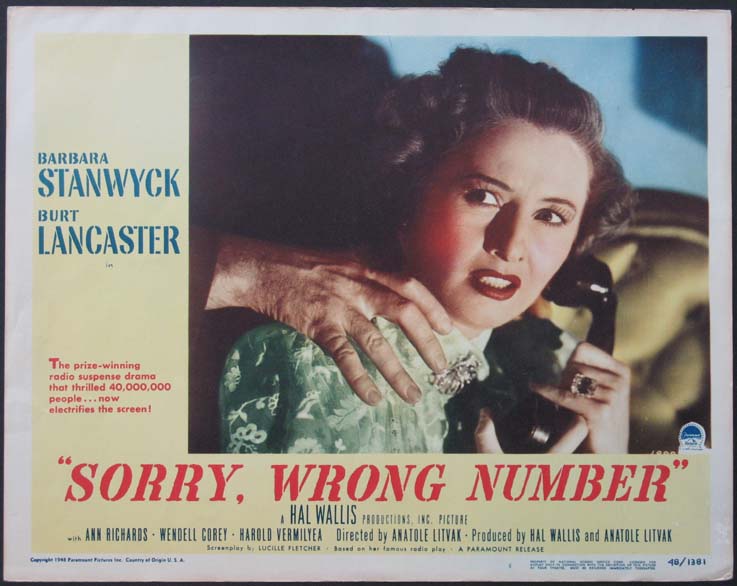 Due to a telephone glitch, Leona Stevenson (Barbara Stanwyck), a controlling heiress confined to a wheelchair, overhears a conversation about a plan to kill a woman. Unable to leave her home or reach her husband (Burt Lancaster), and written off by the police, Leona struggles to uncover the truth through a series of phone calls that only lead her deeper into a mystery, which may involve her college rival, Sally (Ann Richards), and a scheme to sell pharmaceuticals on the black market.

Released on September 1, 1948, this film noir thriller delivers. With great performances from Barbara Stanwyck and Burt Lancaster, the film based on a 1943 radio play, has become a classic for me.

The film is available on DVD, iTunes, Amazon, and on and on. Just a joke there, but yes the film is out there, you just have to find it and own it.

Have wonderful rest of your Wednesday, be blessed!