Afternoon folks! Has your weekend a great one so far? This week we got Poltergeist. This classic ghost tale is one my favorites and I’m sure it’s yours too. Directed by Tobe Hooper, produced and co-written by Steven Spielberg, the film stars Craig T. Nelson, JoBeth Williams, Heather O’Rourke, and Zelda Rubinstein. 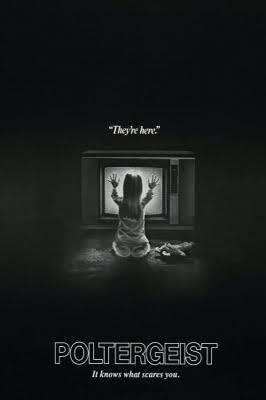 Strange and creepy happenings beset an average California family, the Freelings — Steve, Diane, teenaged Dana, eight-year-old Robbie, and five-year-old Carol Ann — when ghosts commune with them through the television set. Initially friendly and playful, the spirits turn unexpectedly menacing, and, when Carol Ann goes missing, Steve and Diane turn to a parapsychologist and eventually an exorcist for help.

Best scene from this film……

Love this film as a kid, love it even more so today. Like I said, your classic scary film. Monday October 31, Shadowbox will have its 20 most scary films listed before you. Lots of things to share with you this week, so don’t forget to check back. Enjoy your Sunday, be blessed!

We are continuing Asian American and Pacific Islander Heritage Month through fashion. Anna Sui is on the blog post. She, Vera Wang, and other Asian designers are featured on the blog post, blog site in the bio link if you're interested.
#Repost @with_repost_app
#Repost @with_repost_app
Celebrating Asian American & Pacific Islander Heritage Month. We are focusing on artists, photographers, and other creatives such as author Amy Tan, pictured here. I remember her novel, The Joy Luck Club. See what we have posted on the blog site, which is in the bio link.
Congratulations to all the winners for this year's Academy Awards. To see the full list of winners go to the blog site.
Yesterday we continued our Arab American Heritage series with fashion. Like this beautiful design by Elie Saab. Nour Hage, and more are featured. Check out Tuesday's blog site for more.
El Seed has used Arabic calligraphy and distinctive style to spread messages of peace, unity and to underline the commonalities of human existence. Check out an article that was written back in December last year, at arabamerica.com.
Hello...we are celebrating Arab American artists, photographers, musicians, and more. This month is Arab American Heritage Month and this week we are doing a series of Arab creatives making their mark. Check out the latest blog post for our series in art.
#Repost @seemecommunity
Taylor Swift is about to release 'Fearless (Taylor's Version)' on April 9. According to her website, there are 26 songs and includes 6 unreleased songs.

A Quiet Place Part 2 Smashes The Box Office & Cruella Might Disappoint Disney – Theatres Are Back!