Hello, it’s been a very busy week here at Shadowbox….anniversary, Veteran’s Day….I’m up to the challenge! November is Native American Heritage Month and Shadowbox is taking a look at Native Americans in art, literature, music and film. Monday we saw four Native Americans that have made a statement in art, now lets look at the writers…..

A poet, writer and filmmaker, much of Alexie’s writings draws on his experiences as a Native American with ancestry of several tribes, growing up on the Spokane Indian reservation. His best-known works such as The Lone Ranger and Tonto Fistfight in Heaven (1995), a book of short stories, and Smoke Signals (1998), a film based on that collection, which he wrote the screenplay. Alexie’s works addresses difficult themes like despair, poverty, alcoholism, and Native American identity with humor and compassion. Alexie’s influences for his literary works do not rely solely on traditional Indian forms. He “blends elements of popular culture, Indian spirituality, and the drudgery of poverty-ridden reservation life to create his characters and the world they inhabit,” according to Sarah A. Quirk from the Dictionary of Library Biography.

A Laguna Pueblo writer, Silko is a key figure in the first wave of the Native American Renaissance. Her most notable work is Ceremony (1977), about a WWII veteran of Laguna Pueblo mixed ancestry who returns home to a poverty-stricken Laguna reservation and overcomes a series of challenges. Ceremony remains Silko’s most critically acclaimed literary masterpiece. She has also written a collection of poems and short stories, other novels, essays, such as Storyteller (1981), and Sacred Water (1994). Her last novel was Gardens In the Dunes (2000). Silko remains a powerful figure in American literature. 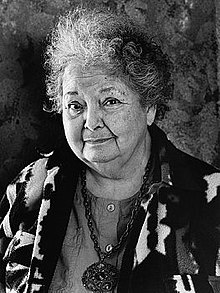 She was not only a novelist, but a poet, literary critic, and lesbian activist. She made an impact in fiction and poetry. Even though Allen was of mixed race with European-American and Native-American, she identified more with the Laguna Pueblo culture she grew up with, where she drew on its traditions in her all her works. Her anthropological writings include The Sacred Hoop: Recovering the Feminine in American Indian Traditions (1986), which  she argued that the central role for women played in many Native American societies were recorded by patriarchal Europeans. Other works include The Woman Who Owned the Shadows (1986) which was her only novel, Life is a Fatal Disease: Collected Poems 1962-1995 (1997), and  As Long As the Rivers Flow: The Stories of Nine Native Americans (1996). 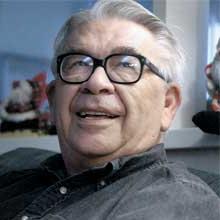 Open Education Data Base (OEDB) calls this late author, theologian, historian, and activist as one of the most outspoken voices in Indian affairs. Deloria’s writings redefine Native activism in the 60s and 70s. He was known for his book Custer Died for Your Sins: An Indian Manifesto (1969), which generated unprecedented attention to Indian issues. He wrote more than 20 books, from God Is Red: A Native View of Religion (1994), Red Earth, White Lies: Native Americans and the Myth of Scientific Fact (1995), addressing stereotypes, challenging accepted ideas of American history, and helping the American Indian Movement to gain momentum. He served as executive director of the National Congress of American Indians from 1964-1967, which increased tribal membership.

Just wanted to give a glimpse of Native American writers who have made a mark into the literary world and continue to do so through their works. Come back tomorrow, I gotta a few things to share with you. Enjoy your Friday! Be blessed!

#Repost @fangoria • • • • • • It's no joke! Here's your Fango-approved guide to all of the horror movies coming to streaming this month. What's first on your watchlist?
From Ty Carter Art... Hey Guys!  I hope this message finds you well. I know many of us are in isolation (me included)! For this week only, I’m offering 30% OFF for my entire gumroad shop. Use code: ELBOW_BUMP! Stay safe and healthy, Ty #art #artitsontumblr #artclass #drawingtutorials #paintingtutorials #colorandlight #visdev #illustration #tumblrradar #colortheory #tycarterart
Join Zack Snyder tomorrow on VERO for a BvS live commentary. #BvS4Years https://t.co/0GEwZLxBVH Get the VERO app if don't have it. Google play or Apple. #batmanvsupermandawnofjustice #zacksnyder #dccomics #dcuniverse
by haim steinbach Image source: unknown #art #haimsteinbach
Black Brother, Black Brother (2020) Sometimes, 12-year-old Donte wishes he were invisible. As one of the few black boys at Middlefield Prep, most of the students don't look like him. They don't like him either. Dubbing him "Black Brother," Donte's teachers and classmates make it clear they wish he were more like his lighter-skinned brother, Trey. When he's bullied and framed by the captain of the fencing team, "King" Alan, he's suspended from school and arrested for something he didn't do. Terrified, searching for a place where he belongs, Donte joins a local youth center and meets former Olympic fencer Arden Jones. With Arden's help, he begins training as a competitive fencer, setting his sights on taking down the fencing team captain, no matter what. As Donte hones his fencing skills and grows closer to achieving his goal, he learns the fight for justice is far from over. Now Donte must confront his bullies, racism, and the corrupt systems of power that led to his arrest. Powerful and emotionally gripping, Black Brother, Black Brother is a careful examination of the school-to-prison pipeline and follows one boy's fight against racism and his empowering path to finding his voice. by Jewell Parker Rhodes (Author) Get it on Amazon Jewell Parker Rhodes is the author of Ninth Ward, winner of a Coretta Scott King Honor, Sugar, winner of the Jane Addams Children's Book Award, and the New York Times-bestselling Ghost Boys. She has also written many award-winning novels for adults. When she's not writing, Jewell visits schools to talk about her books and teaches writing at Arizona State University. [SuperheroesInColor faceb / instag / twitter / tumblr / pinterest / support ] #literature #book #jewellparkerrhodes #blackauthors
Been blogging furiously for the past two days. Go to the blog site, located in the bio link for things all creative.
Celebrating Women in Movement...Judith Jamison #Repost @ozzysalvatierra • • • • • • @lykkeli Gunshot II #judithjamison #alvinailey #passion #expression #research #feelit #sweatit
We are celebrating Women's History Month. All things creative. Today we have women in art. Top Left: Rachel Gregor rachelgregor.com Bottom Left: Miu Miu Fall ‘16,  Manjit Thapp manjitthapp.co.uk Right: Portrait of Din #5 2016, Mickalene Thomas  mickalenethomas.com Source: women in art history #womenartists #womenshistorymonth #rachelgregor #manjitthapp #mickalenethomas #womenofcolor #art #illustration
#Repost @bnw_epic • • • • • • Paris, France ✨ Featured Artists: Model: @msalekwek | Photo: @luigiandiango | Hair: @luigimurenu | Makeup: @georgisandev | Gown: @irisvanherpen ✨ . . ________________________________________________ ✨✨ CONGRATULATIONS! ✨✨ ________________________________________________ . . ✨✨✨ You are on your way to become a member! 5 features by EPIC makes you a member. ✨✨✨ . . Selected by: @kathrinfederer.ch . . Please, visit our friends hubs: @bnw_switzerland @bnw_workers @bnw_master @ig_shotz_bw . . ~ For internal use only: #bnw_epic_multiple_artists ~ . . #bnw_planet_2020#bnw_drama#bnw_madrid#bnwmood#bnwsouls#bnw_globe#blackandwhitephotography#bnw_rose#monochrome#bnw_greatshots#bodylanguage#bnw_demand#flair_bw#INFINITY_BNW#bnw_daily#bnw_magazine#bnw_captures#Gottolove_BNW#bnwMagic#bw_addiction#bnw#ig_shotz_bw#bw_addiction#bnw_of_our_world#bnw_daily#bnw_switzerland#luigiandiango #irisvanherpen #bw_perfect #voguebrasil
A letter from yours truly is now posted. Check out what I have in store for March 2020. Blog site located in the bio link.